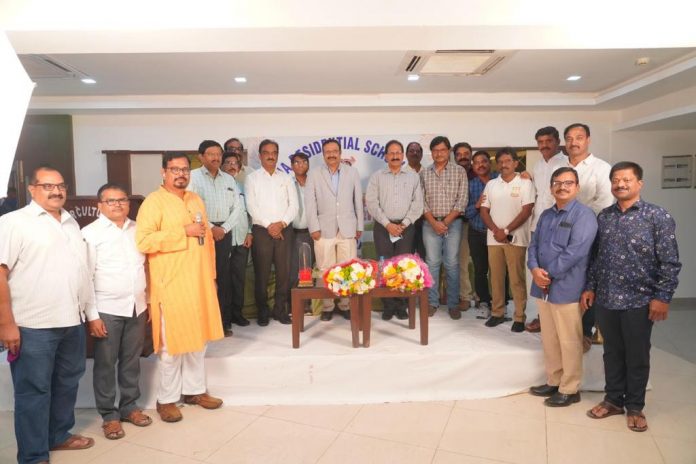 Golden jubilee celebrations of the Telangana State Residential School (TSRS), Sarvail, in combined Nalongda district kicked off with a logo launch by Director General of Police M. Mahender Reddy, an alumnus of the school, and NIT-Warangal director N.V. Ramana Rao here on Sunday.

Prominent alumni who participated in the inaugural included retired IAS officer Dinakar Babu and Joint Transport Commissioner C. Ramesh among others. COVID-19 ensured a low-key start to celebrations, which would continue year-long.

Mr. Mahender Reddy attributed his personal and professional achievements to his foundation provided by the school and said he would have perhaps resorted to farming in his village had the school not opened new horizons to him. Had it not been for the vision of late Prime Minister P.V. Narasimha Rao, who started the school in 1971 as the then Chief Minister of Andhra Pradesh, rural students wouldn’t have grabbed the opportunities that eluded the earlier generations.

The DGP recalled that TSRS-Sarvail was the role model for all residential schools in the country as Narasimha Rao replicated the model by establishing Navodaya Vidyalayas in all backward districts of the country to provide quality education to rural students. He also attributed his selection into civil services to his school classmates who guided him.

Mr. Ramana Rao, who was the chief guest, said Sarvail alumni commanded respect in the society and the school was a big brand given the achievements of its alumni across the world.

Mr. Dinakar Babu, former Adilabad Collector and a first-batch student, said the vision of Narasimha Rao and land donor Maddi Narayan Reddy helped build an institution whose alumni are making a difference in every segment of society.

Sarvail Alumni Association was established with an objective to unite the old students of this school and give back something to the alma mater. (Regd No. 14/95)